The Bassetoodle is a cross between the breeds the Basset Hound and the Poodle. These are dogs that are coming into the limelight for its wonderful looks and gentle, friendly disposition. They mostly look like a photoshopped version of its hound parent, but with the hair of the poodle. With their slightly longer torso, and legs that are shorter than the basset, they fall under the small dog group. These dogs have black, button eyes, a big triangular nose, hanging ears, all covered with hair. These small dogs make a good pet for families living in apartments. 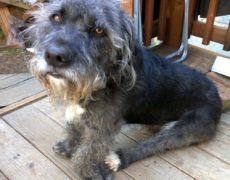 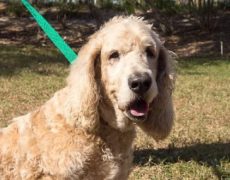 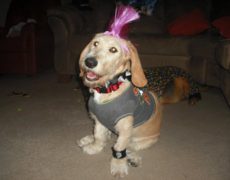 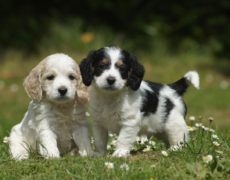 With the inherited calmness of the basset hound, the bassetoodle thrive on human companionship and love their people. They would go around with their masters to get their affection. The bassetoodles are curious dogs and would follow anything that comes their way.

They would often get very nosey, enjoying sniffing your boxes, mail, purses, bags, dirty clothes, its bed or yours, and so on. Though they are affectionate, happy, and friendly in nature, they, at times, might display stubborn behavior. Being mischievous, their fondness might reach to such a level that they might, at times, jump onto people.

They also love kids, and would play with them and other pets in the family. These silly animals would be ideal for anyone who is in of a faithful companion. However, care must also be taken that your kids to not get over-enthusiastic and jump or sit on their backs. This might prove to be dangerous since they are dogs with a long back.

The bassetoodle also love to go out, get groomed or ride a car. Like their basset hound parent, they would howl more than bark. They would use their voices to let their family members aware of strangers or intruders, or just anything suspicious. They would also get noisy, if left alone for long hours, or are constantly provoked. They have a tendency to wander off if they find a scent, and if the owners are not keeping an eye on this.

The playful bassetoodles love to play. Take them to the dog park every day, or play with your pet inside a safe, well-fenced yard since they can roam or follow scents. Though, regular exercise is also necessary. They love long walks. Take them out for daily walks with you, or for a little jogging.

They are not an overly energetic dog and won’t allow you to force it to exert into long exercise schedules. Also, make sure, you allow your dog to be without a leash for sometime every day, since they do not always prefer to be in a leash.

These dogs are average to heavy shedders, and you need to groom them frequently. Brushing them at least 2 to 3 times a week is recommended. You can even bathe them once every two weeks to ensure cleanliness, as also to retain the sheen of its coat.

A good brushing session would also resist the hair from matting. Trim them occasionally, including the regions around the anus and the eyes. Many owners love to keep the longer eyebrows and whiskers of their bassetoodle. Because many individuals love to be groomed, they won’t make much mess with the process.

No breed specific health problems are reported, except for genetic and general dog diseases.

These are quite intelligent dogs and are ever ready to please their masters, and hence, it is quite easy to train. Because it is natural for the bassetoodle to show obstinate behavior, you must train them with leadership. Make it clear to them that it’s you who is the leader of its ‘dog-pack’. They should be dealt with firm authority and may require a firm, authoritative training style.

This breed does well with agility, hunting, and obedience training. Begin training from the time you adopt your puppy from the breeders, or from a shelter or some rescue. Give them proper training about housebreaking, obedience, crate, etc., for which you might as well hire a professional.

The daily diet should be the same as all other dogs of its size, stature, and energy levels. But make sure you choose the right quality of food, and those that abide by the nutrition level that they need.