The Petit Basset Griffon Vendeen is a well-known scenthound that originated in France. This canine has an elongated body covered with medium to long hair. The roundish face has round, expressive eyes, a triangular nose, a pair of loosely hanging ears, and a long, flat muzzle. With their four short legs, they stand very close to the ground, while the fluffy tail stands almost vertically erect to its body. 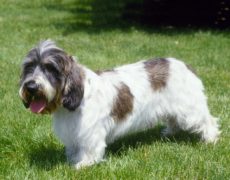 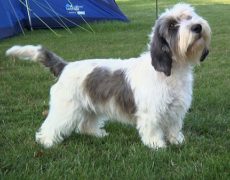 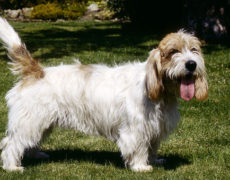 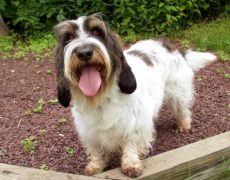 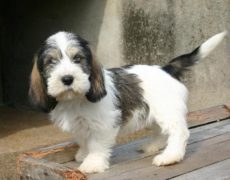 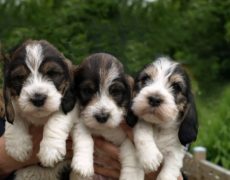 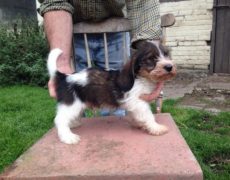 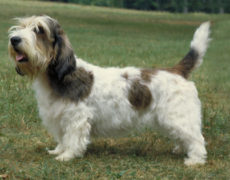 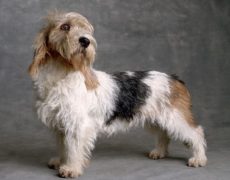 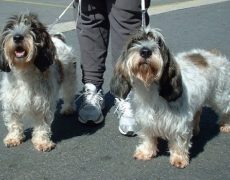 The Petit Basset Griffon Vendeen is an ancient dog, bred in the 1500s in Vendéen, France for trailing hares in the region. Since the area they were indigenous to was mostly rocky, covered in underbrush and brambles, they evolved with a thick wire coat and short legs which made running and catching rabbits as well as smaller animals easier for them.

The breed might have been associated with the Basset Hound breed in the mid 19th century England. However, this Hound is larger by size also having a greater agility than the PBGV. Though they were classified as two distinct breeds – the ‘Petit’ and the ‘Grand’ – until the 1950s, the only difference was related to size. Later, in the 1970s, both the varieties began to be interbred by many contemporary breeders.

Finally, in 1990, the breed was recognized by the American Kennel Club, after which, the breed demanded the attention of many dog enthusiasts, and turned out to become famous very quickly.

Like its name, it also shares a few traits in common with the Basset Hound, though, many people think, it isn’t in any way a Basset Hound in a wire coat. Rather, it is more like a terrier by temperament. They are remarkably happy dogs that are born to be one of the happiest breeds around. This trait makes them an excellent companion and therapy dog to its family members as well.

They are not just the owner’s pet; they love people in general, and even strangers and other pets in the household (including cats). They would just create their moments of fun. However, they are of an independent nature, displaying stubborn behavior at times.

PBGVs also have a hunter instinct, possessing a love for digging, sniffing, exploring, as well as roaming around, also even emerging as a noisy barker. However, this trait makes it an excellent watchdog. They are good for new owners.

You would find your dog in its sweetest mood when it gets to spend equal time indoors and outdoors. Take your PBGV out every day for a considerable period so that it can move around to its heart content. Let it walk and play as long as it wants, or just allow it to run inside a fenced yard with no leash on.
They shed less. Brush your dog’s coat a couple of times every week. Like other long-hair breeds, this is necessary to keep the hair from getting entangled or dirty.
They are prone to issues like hip dysplasia, cancer, patellar luxation and cardiac problems. The PBGV Club of America has also got reports of recurring hypothyroidism, epilepsy, neck pain, issues with pupillary membranes, and recurrent ear infections. They also have a proneness to obesity.

1½ to 2 cups of dry dog food is enough to meet their needs of daily energy and nutrition.