The Silken Windhound is a rare American canine breed, also belonging to the family of sight hounds. It seems to have its bloodlines linked to the large-sized Borzoi and the short coated Whippet hound, from whom it may have inherited its unique, graceful and elegant appearance as well as its athletic built. Other features of this beautiful breed include a chiseled head, dark, large, obliquely-set almond-shaped eyes, small folded ears, a dark nose, long arched neck, short back and a long, flexible tail that perfectly complements its sweeping curve. Its attractive appearance, an immense capability to run and a pleasing temperament make it highly popular. 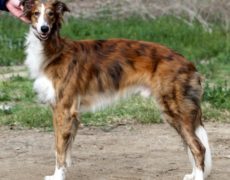 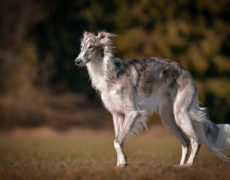 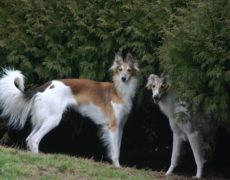 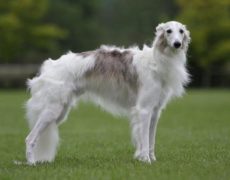 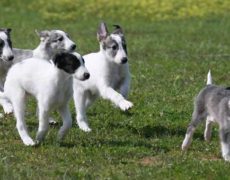 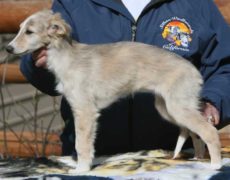 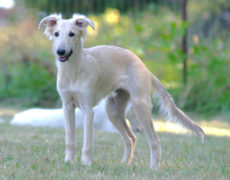 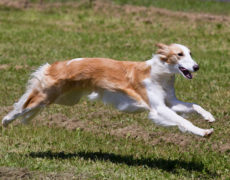 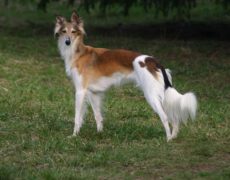 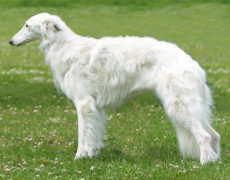 Francis Stulle, a successful breeder, is instrumental in creating the Silken Windhound by combining some of the best qualities of the Borzoi and the Whippet, with the first litter whelped in the year 1987, and the formation of the breed club happening in 1999. Being recognized by the UKC (United Kennel Club), it is found in several parts of the world like U.S.A, Europe, and Canada.

They are even welcomed to perform as show dogs in the show venues of rare breeds like IABCA, NCA, and NAKC. The American Sighthound Field Association ASFA accepted them in the year 2009, where about forty dogs competed. The National Open Field Coursing Association (NOFCA) also gave them acceptance, enabling these breeds to participate in open field events.

This breed displays an intelligent nature also having a balanced and versatile character. In fact, on one hand, they are excellent runners and chasers on the field, while they are perfect companions at home, showing loyalty and devotion to their owners being highly eager to please them in every way they can. Some of them might even have a strong inclination towards a particular group of people they are very fond of  He gets along well with children emerging as their great companions and perfect playmates. However, parents need to teach their kids to behave well with the dogs as they might at times be sensitive to noisy, over excited and loud children.

The Silken Windhound mingles with dogs and also other smaller pets indoors when socialized in a proper manner. However, since they have a strong chasing instinct inherent in them, they may not think twice before going after animals in the field or anywhere outside. Since they have a very friendly and amicable nature, they do not do well as guard dogs.

Like other sighthounds, these dogs hunt using their sight, also having the ability to chase their games at great speed in open areas.

Having the prominent sight hound traits of running around, they would need to be taken for a walk or jog on a daily basis to keep them energized. However, they would be contented enough to lie cozily on the owners lap after an exhausting day’s work.
This breed may vary from being minimum to no shedders. However, their silky coat needs to be brushed at least thrice a week to prevent tangles from being formed.  You should even bathe your pet after every 12 weeks to ensure cleanliness. Other grooming needs include trimming nails, cleaning of ears using a damp cloth and brushing its teeth.
Being hardy and healthy breed, these dogs may live till their teens and do not suffer from any known genetic issues as such. If they carry an MDRI (Multi drug resistance) gene then they might have sensitivity towards certain drugs like Ivermectin. Other conditions they may be afflicted with include a umbilical hernia, cryptorchidism, deafness, lotus syndrome and cataract.

Owing to their intelligent nature and pleasant temperament, they would be easy to train when positive reinforcement techniques are implemented as harsh methods would make them fearful. However, try implementing interesting training tactics as they are easily bored with repetitive actions.

They would need about one and a half to two and a half cup of dry dog food on a daily basis.