The Pomimo dog is a designer breed produced by crossing two purebreds – the Pomeranian and the American Eskimo. It has a compact and sturdy body, wedge-shaped face, erect ears, and a longhaired coat inherited from its American Eskimo and Pomeranian parents. These intelligent, curious, and lively little dogs excel in a wide range of canine activities such as obedience, agility, and tricks. 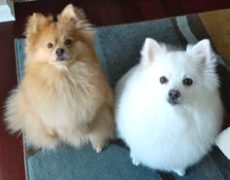 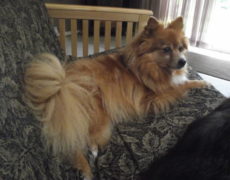 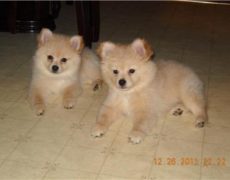 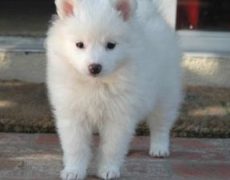 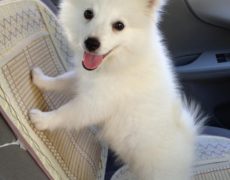 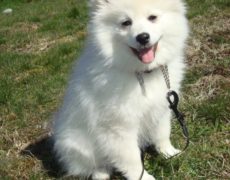 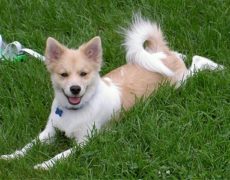 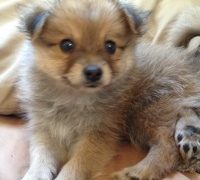 The Pomimos captivate their owners with their elegant appearance and cheerful disposition. These affectionate pets are loyal to their family members and enjoy engaging in family activities. Since they thrive on human companionship, leaving them alone for a long time might cause separation anxiety in them.

Being naturally alert and suspicious of strangers, the American Eskimo/Pomeranian mixes are adept at guarding and watching. In spite of their small stature, they seem to have the attitude of a “big dog”. They may bark excessively at unfamiliar persons and other dogs who they think are intruding on their territory.

They make great playmates for kids; however, their interactions should be supervised by adults, as the Pomimos’ high energy level could be overwhelming to young children.

Your little Pomimo dog thrives on activity, and you should keep it busy with daily hikes, romps at a fenced yard or a dog park, or a session of interactive games. An under-exercised or inactive Pomimo is likely to become bored, which might lead to inappropriate chewing, excessive barking, and other destructive behaviors. Make sure your pet dog does not overheat while you exercise it since it may not do well in hot weather.
A thorough brushing of its coat twice or thrice a week is recommended for preventing matting and cutting down the amount of dead hairs left on your furniture and clothes. Bathing your Pomimo depends on how dirty it gets, and it should be restricted to 6-7 times a year. Check its ears every week for symptoms of infection. Brush its teeth 3-4 times a week and trim its toenails once a month.
The Pomimo, being a crossbred dog, is likely to acquire some of the disorders affecting its parent breeds. You should be aware of eye problems such as cataracts and progressive retinal atrophy, disorders of bones and joints, and problems with gums and teeth. Some dogs may suffer from hyperpigmentation and hair loss.

Being stubborn by nature, these dogs need a confident and firm handler who could take charge in leading and teaching them.

You could consider a combination of quality dry and wet food for your Pomimo. The recommended amount of dry dog food should be 1/2-1 cup a day.