The sleek purebred dog Xoloitzcuintli (pronunciation: zoh-loh-eets-KWEENT-lee), with almond-shaped eyes, bat-like ears, long muzzle, legs and neck, is a very old breed of Mexican dogs (not to be confused with the almost similar looking ‘Peruvian Hairless Dog’) popular for its trait of hairlessness, however, they might have hair-tufts on the head and tail or, one out of five in an average litter. They were bred for both protection and companionship. 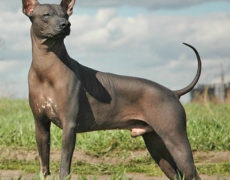 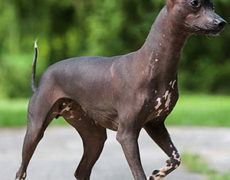 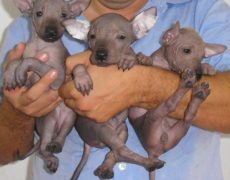 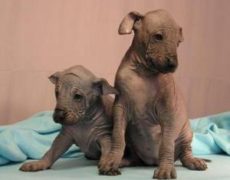 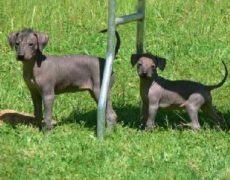 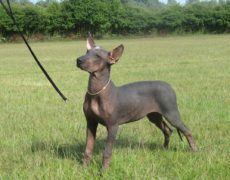 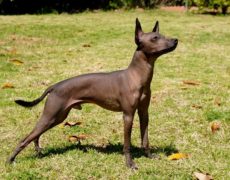 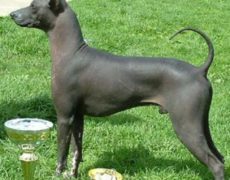 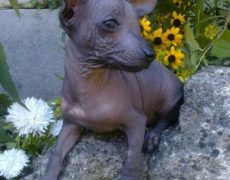 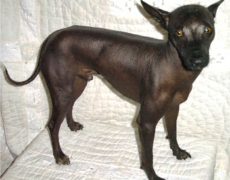 Archeological evidences show that, the Xoloitzcuintlis existed for over 3000 years, since the time of the Aztec civilizations, and their meat was even served as food. However, they were mostly used as guard dogs (the standard variety) and as companion dog (the miniature). Evidences also show that this breed had been with their masters during their first immigration across the Bering Straits. The very name of the canine developed from the Aztec god Xolotl and their word for ‘dog’- Itzcuintli. They were also called doctor dogs, because the heat of their hairless body would sooth body pains like arthritis etc.

These South American dogs are indifferent towards strangers, not mingling much, even though they love all members of its family, picking up one as its favorite. These excellent watchdogs wouldn’t bark much, but they need proper training to be tolerant to other people and pets, not becoming too much territorial, since these playful dogs would pick up training easily with only a stern glance being enough to rectify their misbehavior. This hardy dog, with a calm but curious disposition, tends to be clean, adaptable and naturally protective, hence, are good for apartment life.

Take both the miniature and the standard variety for daily jogging or walks for fulfilling their primitive walking instincts and prey drive, as also to avoid behavioral issues, however playing can meet with the former’s exercise needs. It is good to let them play around in an open but fenced yard.
Although, it is easy to groom the mainly hairless Xolos, but their skin is sensitive, and hence proper care is necessary including correct, but not excess, usage of body lotions, sunscreens, shampoos etc. that might ultimately harm their skin, rather than just the intended protection from harsh sunrays. Look out for skin dryness, rashes, redness, in which case, consult the vet instantly. These basically indoor dogs would not withstand too much heat or cold and must not be kept outdoors for long hours. Avoid over-bathing, as you can only clean them with soaked cloth, clip nails, brush teeth weekly, and regularly brush the coat of the hairy variety.
The hardy puppies or matured dogs develop health concerns rarely, being an otherwise healthy breed at that, except a few dermatological conditions for their sensitive skin, with the darker ones needing lesser care for such hazards. However, presently, some individuals of the breed are developing certain genetic and environmental disorders due to poor breeding techniques by the breeders.

The primitive breed has a very strong survival and preying instinct for which they would try to get aggressive to other breeds or pets if not given socialization training early and thoroughly, which is, however, an easy task, since they would pick up training skillfully for their intelligence. Train them not to develop any pack leader syndrome or other behavioral problems from their puppy days.

Other than meat meals, the xoloitzcuintli loves veggie foods too, however the quantity depends on how big or small a Xolo is. On an average, an adult Xolo should eat 5/8 th to 1 ¾ cups of high-quality dog food daily, divided into two meals.