The Thai Ridgeback is one of the ancient dog breeds originating in Thailand, with a medium body stature, significant for its ridged pattern, seen on its back in a direction opposite to the remaining part of its coat. Apart from the Phu Quo Ridgeback and Rhodesian Ridgeback, this is the only other breed to have this pattern. Other remarkable physical features of the Thai Ridgeback include a strong built, wedge-shaped head, prick ears formed into a triangle, wrinkled forehead, almond-shaped eyes, spotted tongue and a thick, curved tail carried like a sickle, tapered at its tip. These amusing breeds can make for a great family pet when appropriately groomed. 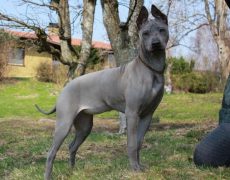 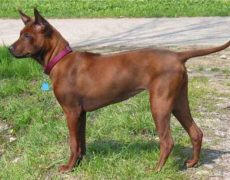 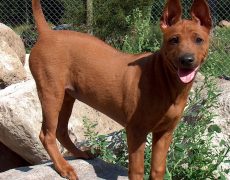 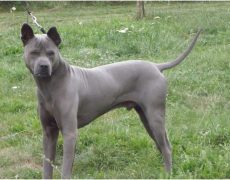 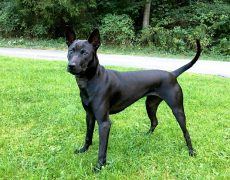 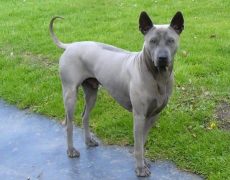 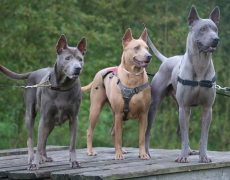 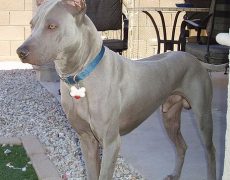 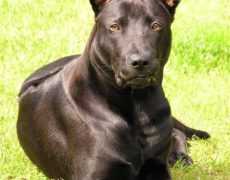 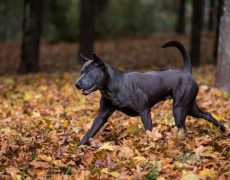 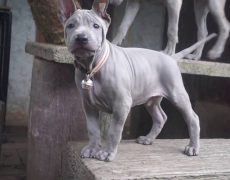 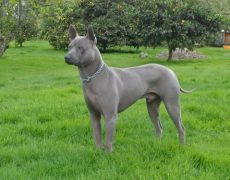 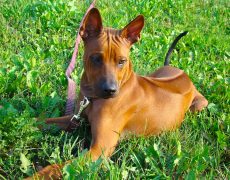 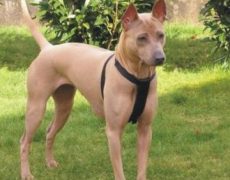 This is a primitive breed which originated in Thailand about 350 years ago, though there is no detailed document regarding the history of its development. However, a certain source links its lineage to the presently extinct Hottentot dog that was also instrumental in the creation of other breeds of this variety like the Rhodesian Ridgeback (Africa) and Phu Quoc Ridgeback (Vietnam). These were versatile dogs, used for several purposes like guarding property, prying upon cobras, pulling carts, hunting games as well as alarming its masters of any intruder.

Though it was initially unfamiliar of its origination (Thailand), it gradually gained popularity in the West. Its importance in the United States spread during the early 90s and it attained recognition from the UKC in 1996, while the AKC included it in its foundation stock service in 1997.

One of the prominent traits of this breed is its independent mindset which is because they remained all by themselves in the past, aloof from human beings.

It desires to get things done in the way he pleases, and would even boss over the master if provided an opportunity. However, he can also be a friendly companion when brought up in the right way.

Owing to its watchdog skills, it can be wary or aloof towards strangers and protective of his master, making every attempt to save him. Since they were bred to hunt and chase games, the Thai Ridgeback they would not be too comfortable enough with other pets, particularly the smaller ones, which they can prey upon conveniently. They would also not adjust to dogs that they are not familiar with or those who are trying to evade their territory.

Though they would be a suitable playmate for older kids who treat them well, because of their boisterous nature, they are not a preferred choice for the younger ones.

Having a medium to high activity level, the TRD, does well in an apartment, but needs sufficient amount of exercise to remain charged up, lest they may turn destructive, resorting to tearing furniture or chewing anything available at hand. A daily walk or jog in a dog park or your backyard would be sufficient. Do not take them out in the chilly weather since these dogs are not tolerant of the cold climate.
The Thai Ridgeback needs minimal grooming because of its short, smooth coat. Comb it on a weekly basis with a firm bristle or rubber curry brush to retain the gleam and shine as well as for removing the dead hairs. Other grooming needs include the basic hygiene like trimming its nails, cleaning its eyes and ears as well as brushing its teeth to keep all infections at bay.
Though healthy and hardy, some of the common problems faced by it include hip dysplasia and demoid sinus (a skin condition occurring because of a neural tube defect).

Because of its dominant and boisterous nature, these dogs are a complete no-no for novice trainers or those of a submissive nature. They need a strict and firm master who can tactfully handle them without being harsh or rough.

These active and energetic dogs have a high energy level requiring a proper and nutritious diet. Besides 2.5 to 3 cups dry dog food on a regular basis, they would need an adequate amount of protein and vitamins in their diet to maintain a sound health.