The Sulimov Dog, a hybrid between a jackal and a dog, originated in the USSR. With an acutely sensitive olfaction, this lesser known dog is said to be the best sniffer dog in the world. Created as a ¾ dog and ¼ jackal, it is a very new breed that has mainly been used for airport security purposes, primarily to sniff explosives and other contraband materials.

They have characteristics in common to jackals and Huskies, with a large body, almond-shaped eyes with piercing looks, a large and round head with pointed, triangular ears and a long muzzle. The shoulder and chest region is broad while the waist part is relatively thin. The legs are slim, much like the jackals, but firm. Their tails are long, thick and bushy. 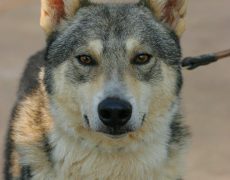 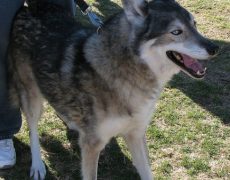 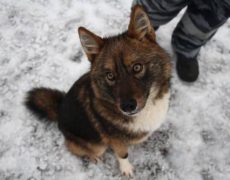 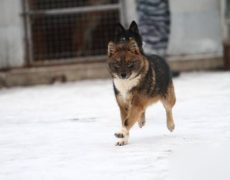 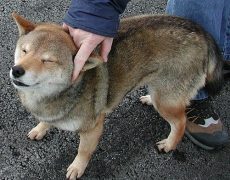 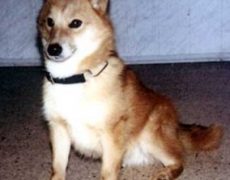 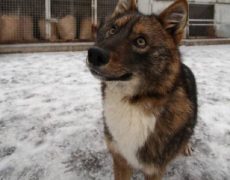 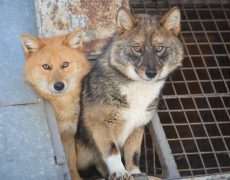 Video: Sulimov Dogs Being Taken to the Airport by Securities

In 1975, the jackal-dog was created from a hybrid between two Lapponian Herder dogs and two golden jackals. It gets its name from Klim Sulimov, a Russian scientist, who created this breed for the security purposes of Aeroflot, the largest airline in Russia. The process of breeding involved fostering of male jackal puppies by a female Lapponian Herder to imprint the jackal instincts on a dog psychologically.

However, since it was not easy to train the resultant half-bred newborn canids, they were bred back to Husky dogs, thus giving birth to the next line of quarter-bred pups that were not only trainable but also possessed strong olfaction. It was this set of puppies that were named as the Sulimov dogs.

With an attempt to improve the levels of trainability, the blood of a Reindeer Herding Hound, a Fox Terrier, and a Spitz was also introduced into this line. Finally, to establish these new dogs as a breed, they were further bred together for seven more generations, and the result was a success.

Presently, there are a total of 40 of these dogs that belong to the Aeroflot Services. The dogs would take the initiative of searching explosives by themselves and have mainly been trained to distinguish between 12 components of bombs.

Nothing much is known about the personality of this breed in the world outside Russia; however, they are said to be agile, obedient and eager to please. Such traits have also made them quite trainable. They have lots of energy and are very active in general, and can withstand temperature extremities at ease. It is said that, like a jackal, this hardy breed can tolerate high temperatures of about 40°C, and quite like a reindeer, they can withstand cold temperatures of up to -70°C.

Like other large, active breeds, the Sulimovs need vigorous exercises on a daily basis. Take your dog out for a long walk for at least a couple of hours every day. An open yard is recommended where your dog can play freely without its leash on. The area should be enclosed.
Sulimov dogs have long, dense hair all over its body. Use a thick brush to clean its coat at least twice a week.
As a new breed, very little is known about its health history. However, they are hardy in general.

As mentioned earlier, the Sulimov Dogs were bred especially for security purposes in customs and airports, mostly to sniff and find out bombs and drugs, since they are known for their acute sense of smell.

Presently, they are not as popular as house pets. However, if you happen to have one of these pups at home, you should first opt for socialization. Take your puppy out to different places where it can meet other people and experience new things like moving cars, flying birds, other dogs, and so on. Call this the first step to teach your puppy to refrain from indulging its olfactory.

Similarly, obedience training is also urgent, since displaying obstinacy at times is also not uncommon for them. However, this dog deserves your patience. You should be authoritative and firm, but gentle, and define your own set of rules. Begin with training them to obey and understand the first basic commands thoroughly so as to efficiently gain control over your dog’s possible intentions of following its nose too much.

A general dog diet, consisting of dry kibbles, raw meat, fish, etc., is recommended for this medium to large breed.