What is a plott hound

A plott hound is a large-sized scenthound, primarily developed for hunting bears. It is one of the rarest breeds in the U.S. in spite of being North Carolina’s state dog since 1989. Well-built, sturdy, agile and muscular, the Plott Hound has a flat skull, square muzzle, prominent, brown eyes giving it a confident and inquisitive expression, broadly set, hanging ears of medium length, and a long tail. 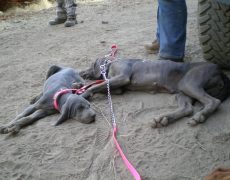 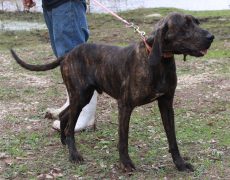 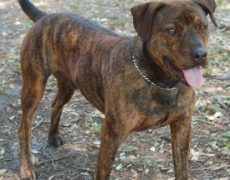 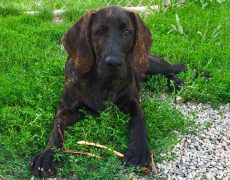 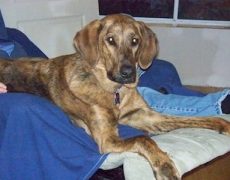 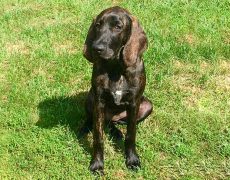 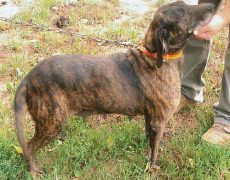 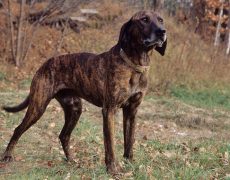 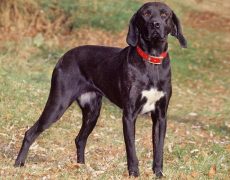 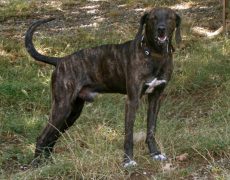 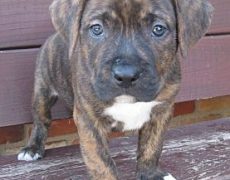 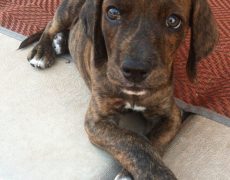 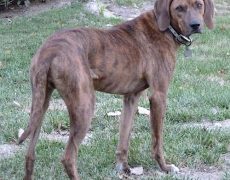 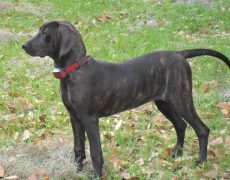 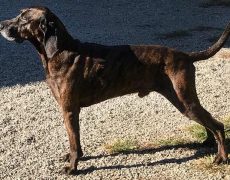 Of the six Coonhound breeds, recognized by the American Kennel Club, Plots are the only ones that are not descendants of the Foxhounds. In fact, they trace their ancestry to the Hanover schweisshundens (a bloodhound variety) of Germany that were employed to hunt boars in their native land, also reputed for their immense ability to track down the wounded animals even if it was older than a week or more. One Mr. George Plott, the ancestor of the Plott family, migrated from Germany to North Carolina during the 19th century. Along with him came five of his Hanover Hounds. These five dogs alongside local curs were constantly bred to produce breeds which were high in stamina as well as energy and could be put to use for hunting boars and bears. Though the event of Plott’s coming to North Carolina lacks proper evidence, Henry, his son, had settled there between 1801 and 1810, also being responsible for the breed’s development. Besides being excellent hunters, the Plotts acquired their scenting abilities and brindled pattern on being crossed with black and tan hounds belonging to a man named Blevins. The UKC registered it in 1946 whereas AKC gave it recognition in 2006.

The Plott Hound is a versatile breed indeed as on one hand, it appears to be a perfect gentleman when in the bounds of his home, while on the other hand, it plays the role of a fierce and bold protector when at work.

Affectionate and loyal towards its immediate family, the Plotts are there for their family always, going to any extent to safeguard them.

Though they may be initially cautious about an intruder in their house, the Plotts gradually develop a friendly rapport with strangers once they get to know them. This alert nature makes them an efficient watchdog. Despite their friendliness, these canines are great guard dogs too because of their innate ability to track a scent.

Their interaction with other animals varies from one Plott to the other. Those bred for hunting bigger games could have an aggressive and territorial nature while Plots who would primarily chase raccoons are a little mellowed while dealing with other animals. If you are planning to keep your Plott with other dogs, make sure you socialize them before doing so. On the other hand, it is safe to keep cats and smaller pets beyond their reach unless they are brought up with them keeping their hunting skills in mind.

Plott Hounds have a distinctive, high-pitched shrill bark, which is of great use when it is out in the field doing its duties but could be a nuisance for neighbors when it is living an apartment life.

They are great playmates for kids too, preferably the older ones since the latter would know how to handle the dog in a matured way. They are highly possessive as far as their food bowls are concerned and might retort aggressively if anyone tries snapping at it.

Their high intelligence level, strong tracking abilities, brave disposition and loyal nature have made them apt as police dogs.

These athletic dogs need a lot of exercise on a daily basis because of their high stamina and increased energy levels. A long walk for at least one hour every day coupled with sufficient playtime including games like running and fetch ball inside a fenced yard would be sufficient enough to channelize their physical and mental energies positively. Do not forget to leash your pet while taking it out as its strong sense of smell might compel it to wander, increasing its chances of getting into trouble. Being in the woods or going out on a hiking or hunting spree once in a while could give it pleasure. Involve them in water sports like swimming as they are extremely fond of it.
Because of its smooth, glossy and fine coat, its grooming needs are low, needing a weekly combing with a brush having soft bristles. Bathe them occasionally only when the need arises using a vet-approved shampoo. Trimming its nails, cleaning its eyes and ears as well as brushing its teeth are the other grooming needs which are needed to be followed for better hygiene.
Some of the common health conditions the Plott Hound may suffer from are hip dysplasia; gastric torsion or bloating that can result in a twisted stomach leading to death (mostly because of their deep chest). They are also at a higher risk of ear infections due to their pendant-shaped ears.

Like most other Hounds, this breed has a stubborn and headstrong nature, thus being unsuited for novice owners. However, you need to behave tactfully with them and not implement any harsh methods as they have a sharp memory and would not easily forget any insensitive behavior meted out to them.

Good quality dry dog food teamed with a nutritious homemade diet, having all the essential nutrients your Plott requires, is all that is needed to maintain its good health.

One response to “Plott Hound”