Indigenous to Japan, Kai Ken is a medium sized rare breed with an athletic body, wedge-shaped head, erect ears, robust and hardy limbs, well-developed hocks, and a curled or sickle-shaped tail. These intelligent and loyal dogs occupy a significant place in Japanese culture, preserved as their natural monument. 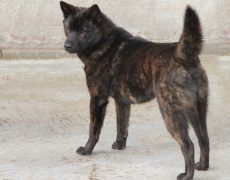 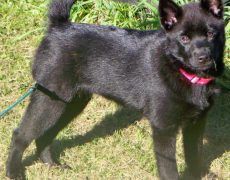 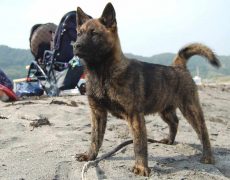 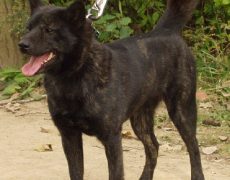 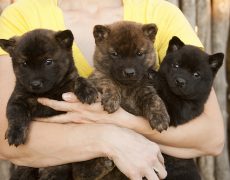 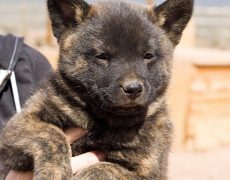 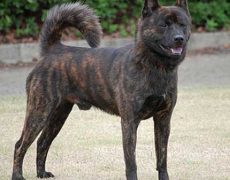 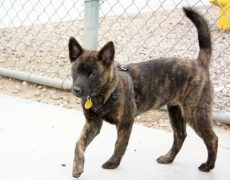 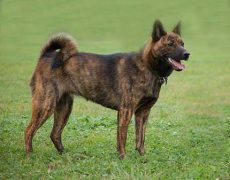 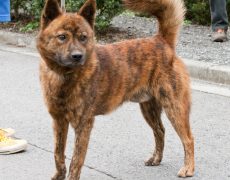 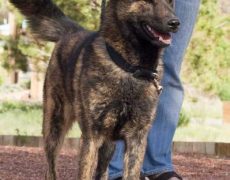 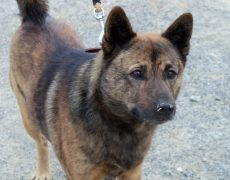 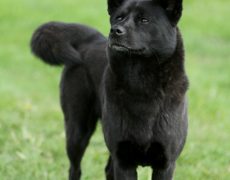 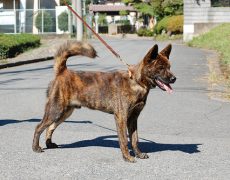 Video of a Kai Ken Puppy

Being one of the six native breeds of Japan to be maintained and protected by Nippo or Nihon Ken Hozonkai, it was developed as a hunting breed in the steep mountainous terrain of the Yamanashi region to track down deer, wild boar, bear and the Japanese serow (Kamoshika). This was possibly because of its great climbing ability as mentioned in traditional writings. With the creation of Nippo in 1928, the Kai Ken became Japan’s natural monument in the year 1933.  Recognized by the Japanese Kennel Club in 1934, there is little information regarding the breed due to language constraints.

The Kai Ken with its reserved nature towards strangers makes for an excellent watch dog. They are even said to lookout for any intruders by choosing a point with good visibility like a balcony, hilltop or even a porch.

Besides climbing trees with ease while chasing their prey, they also have the innate ability of swimming that made them cross rivers effortlessly when at work.

It was described by Japanese people to be a loyal and trusted companion, immensely devoted to his master.

They are a perfect family dog, getting along well with children of the family, also being adaptable to any living conditions like a plush apartment or a big house in the countryside. Keeping their hunting instincts in mind, they should be acquainted with other pets of the house since their puppyhood to avoid any unpleasant occurrences.

Though it belongs to the breed of hunting dogs, the Kai Ken has moderate exercise needs sufficing with a walk for half an hour or a short jog. If you have a fenced yard, let it play around for some time to channelize its energy positively. However, while taking it out always leash it else, it might run or chase after its prey. Since it has a love for water, you can also arrange for swimming activities or water sports to keep them happy.

Known for its cleanliness and tidy nature, the Kai frequently gets any foul smell, hence needing less grooming, with a weekly or biweekly brushing sufficient to keep its coat in good condition. Bathe it using a good quality dog shampoo when the need arises.

There are no known genetic health concerns for this healthy and hardy breed.

Owing to their gentle and loyal temperament, training them would not be too difficult a task, though requiring a firm and tactful handling.

Besides a good quality dry dog food, give your Kai Ken a nutritious diet containing sufficient amount of vitamins, proteins, and minerals to keep it energized.