One of the most popular companion breeds, the Dalmatian is a dog of medium size, identified by its famous black and white coat all over the world. Besides being a great family dog, they are renowned for their firefighting skills. 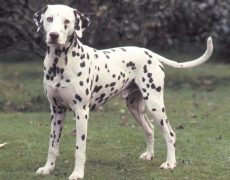 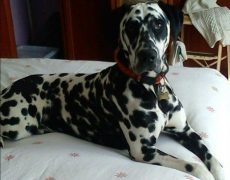 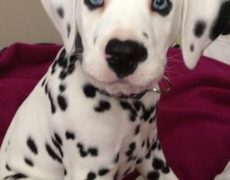 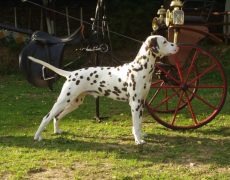 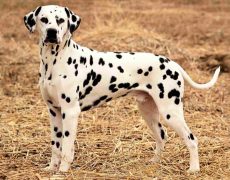 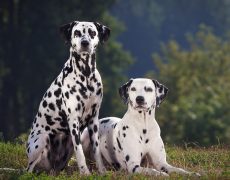 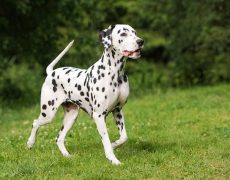 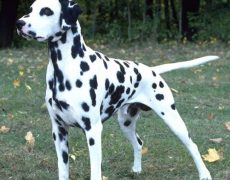 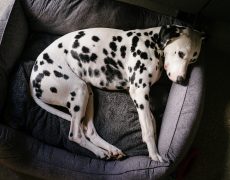 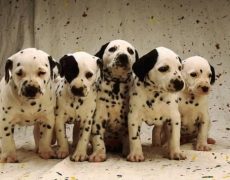 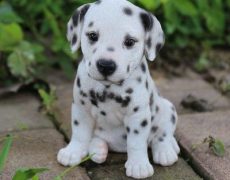 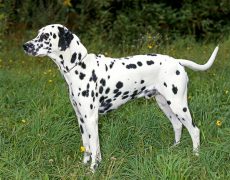 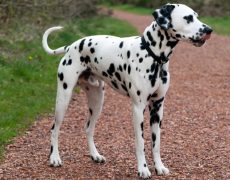 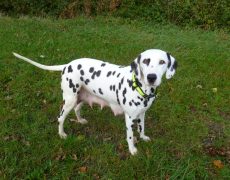 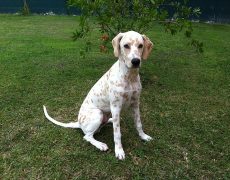 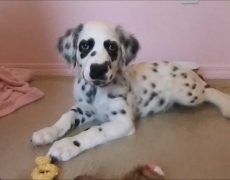 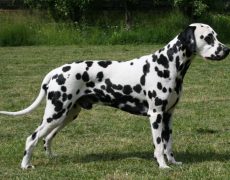 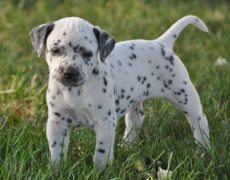 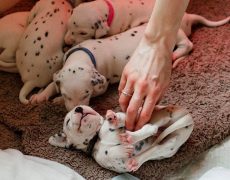 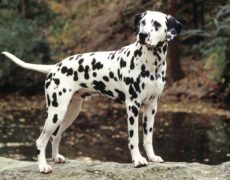 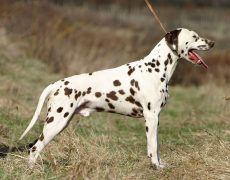 How does a Dalmatian look

These spotted dogs have a sturdy muscular body that is smooth and symmetrically shaped.

Ears: Wide at its base, tapering to form a rounded tip

Muzzle: Powerful and at level to the top of its skull

When do the Dalmatians get their spots

At birth, they have a plain coat, and the spots begin to develop by the time they are two or three weeks old. By the time they are one month, a majority of the spots develop. However, they continue to get them as long as they live, though the numbers are comparatively less. The spots are sized between 30 and 60 mm, mostly being of a brown or black color.

There has been a lot of controversy about the actual origin of the Dalmatian. According to the FCI, Croatia is said to be its country of origin, with historical sources validating this information. In fact, their name has stemmed from Dalmatia, the historical region in Croatia, where they were actually said to develop. The churches of Croatia had paintings of the Dalmatian on their walls while its mention was also made in their chronicles. The Dalmatian nomads used them as a guard as well as a companion dog.

However, when it comes to the development of this breed, England has to be credited for the same. They were mostly the pets of the English nobles who even nicknamed them as Spotted Dick,  English Coach Dogs (since they were seen trotting by, beside carriages pulled by horses), and Plum Pudding Dog (their spots were similar to the fruit and nut candies that formed a common part of the Brit’s holiday dessert). Vero Shaw, an Englishman, was credited for setting up the first standard of the breed, though unofficially, in the year 1882.

The Dalmatian Club in England developed in 1890, which led on to establishing the breed’s official standard. Their popularity gradually spread to all over Europe and eventually they reached the United States of America. They entered the stud book of the American Kennel Club in 1888 and the Dalmatian Club of America was established in 1905 for the purpose of protecting, preserving as well as promoting the breed.

What were they used for:

As carriage dogs: In Dalmatia as well as England, they were used for running beside coaches driven by horses or even beneath it in between the axel. The Dal also guarded the horses when they rested.

In fire services: It is this bonding of theirs with horses that made them efficient firefighting dogs particularly in the United States. When the horses drew the fire engines, these dogs trotted along, also guarding and comforting the equines that are mostly known to be afraid of fire. Though horse-drawn engines are no more in vogue, these dogs are still used for guarding a firehouse alongside its equipment, being a preferred pet choice for most firefighters. Pi Kappa Alpha International Fraternity of West Virginia, engaged in firefighting uses the Dalmatian as its mascot.

Dalmatians are a perfect companion dog when in the bounds of its family, as they are affectionate, loyal with a great sense of humor, amusing and entertaining all with its clownish antics.

Having said this, they always love to be among the members of their family and detest being left alone for prolonged periods.

They are alert, curious, excelling as remarkable watch and guard dogs, always on the run to protect its family and their property. This makes them reserved around strangers, but not aggressive, though some of them could even jump enthusiastically at the sight of an unknown face.

They make for a great playmate with older kids but could be too rambunctious for little ones, often dropping or pushing them in pursuit of play.

Since they are known for their equation with horses, the Dalmatians are indeed not territorial and can get along with other dogs as well as cats especially when socialized or brought up with them.

They are extremely active and energetic, requiring a high amount of exercise to remain physically and mentally energized. Besides a long walk, sufficient playtime in a dog park or fenced yard would be a good option. You can also take them along with you when you go jogging, skating or cycling.

Their beautiful spotted coat may be a little troublesome to handle, needing to be brushed one or two times a week, using a rubber curry brush. Bathe it when the need arises. Brush your Dalmatians teeth twice or thrice a week to lessen plaque and tartar buildup. Trim its nails, check its floppy ears for any infection and clean its eyes on a routine basis.

Though they have a relatively long lifespan, they could suffer from some genetic problems like deafness, and hyperuricemia. Other health issues of the Dalmatian include hip dysplasia, skin allergies, and iris sphincter dysplasia.

Deafness: This is genetic, and only 70% of the Dalmatians are born with complete hearing capacity, while 22 to 25% are partially deaf and 7 to 8% are hearing impaired. To test the deafness of your puppy homemade tests like making a loud noise or banging utensils would be of no avail as these dogs can sense vibrations which they adapt with ease. Brainstem Auditory Evoked Response (BAER) is the only available test to check its hearing skills. According to the Dalmatian Club of America, deaf puppies need euthanization since living with and training them could be difficult as they might resort to biting when challenged.

Hyperuricemia: This condition happens when the Dalmatians have a problem in breaking the uric acid down, that may result in kidney stones.

They are curious, smart and intelligent, hence when you are training a Dalmatian, make sure you are firm and tactful in your approach and also implement a lot of positive reinforcement techniques to make the training process an interesting one.

Obedience: This one is of the essential training which is needed to be imparted to the Dalmatian puppies. Teaching them commands like “No,” “Stop,” “Stay,” and “Walk “so that they can mend their destructive behaviors like chewing, biting or barking unnecessarily.

Socialization: Since the time they are puppies acquaint them with a host of new experiences and people of varying temperament. Take your Dal to a kid’s park and allow them to watch children of different ages playing, though from outside. If you see it getting stressed or aggressive, then take it away from there at once.

The National Research Council of the National Academies mentions that an active and adult Dalmatian weighing of about 60 pounds needs 1500 calories in a day. Good quality dry dog food or reputable brands without additional flavors and colorings would be suited for them.

Since they are prone to kidney stones, avoid giving them foods which are high in purine like sardine, tuna, spinach, and asparagus.

101 Dalmatians and its effect on these dogs

There was an increase in their popularity when the novel The Hundred and One Dalmatians got published in 1956, followed by two Walt Disney films based on this book, namely 101 Dalmatians and 102 Dalmatians. However, this affected the Dalmatians since they went to the hand of irresponsible and inexperienced breeders and owners, most of whom purchased these dogs for their kids without having sufficient knowledge about them. In reality when it was found that these dogs were not as cute and cuddly as the ones shown on television since they would shed a lot and often tend to bite, most of them were abandoned and dumped in animal shelters by their masters. During the span of 2000 to 2010, AKC also began registering a lesser amount of these dogs and their numbers fell by about 90%.