The Chihuahua is the smallest of all dog breeds attaining its name from the Mexican state of Chihuahua where it originated. These small-sized dogs with a mighty demeanor are just perfect for any household seeking a stylish companion, yet willing to bear its temper and mood fluctuations. 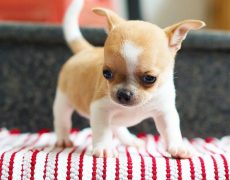 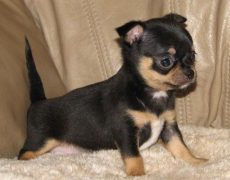 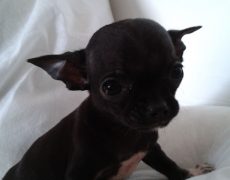 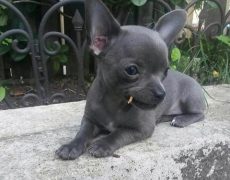 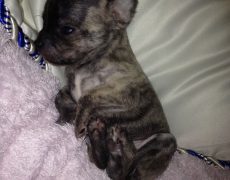 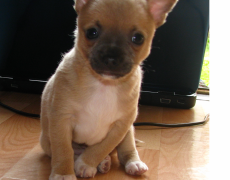 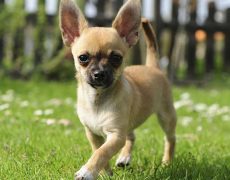 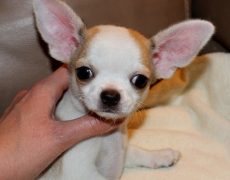 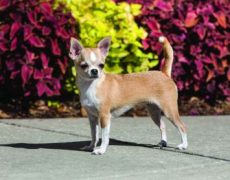 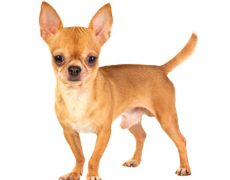 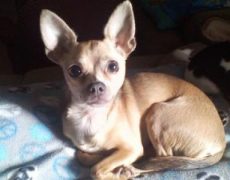 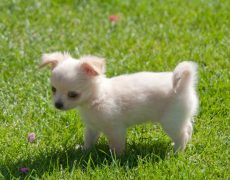 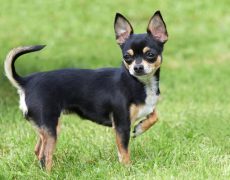 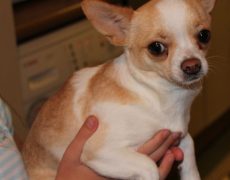 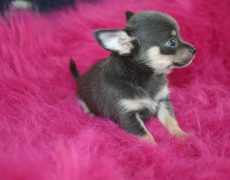 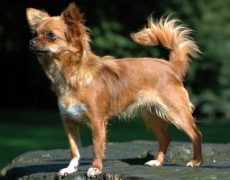 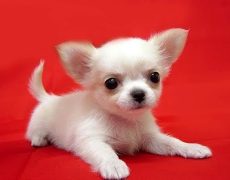 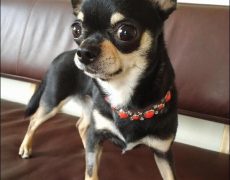 This alert, agile and swift dog with a compact body stature could have either an apple or deer head along with other features like a short, pointed muzzle, slightly arched neck and a moderately long tail carried in the form of a sickle.

Chihuahuas can be divided into different types based on their head size and coat kind.

Based on head size:

These varieties have a round head structure just like an apple, alongside closely set eyes and short legs. Most Chis which have an apple head has a soft spot or molera at the time of their birth that goes away by the time they are three or four months old. A small snout also characterizes them besides a well-defined stop elevated at an angle of 90 °. The apple head kind is the ones that are mostly acknowledged by major kennel clubs at present. However, because of their head structure, they could be at an increased risk of suffering from hydrocephalus, dental and breathing problems.

Chihuahuas of this kind have a longish head with a flat top just like that of a deer. They are greater in weight in comparison to the apple head kind and have a longer body, long, slender legs, and more prominent ears. It was popular in the middle half of the 20th century, but not accepted at present by many dog communities and clubs. However, this kind has an advantage over its apple head counterpart and suffers from minor health problems than the latter.

Though distinct in characteristics, both the apple and deer head varieties can acquire some of the features of each other as the round head dogs could have long legs and vice versa.

Based on the coat type

The smooth-coated variety has short hairs along with a soft, shiny and glossy appearance as well as excessive hair around the neck and tail. Brushing them is easier, though they shed a lot and may not be a good option for those with allergies.

The long-haired Chis have a smooth, fluffy coat along with fine guard hairs. Though they shed less than the smooth-haired ones, this type needs to be groomed extensively. They mostly come with a topcoat and an undercoat, though some would have only a single coat.

The smooth and long haired Chis could have an apple or deer head.

The teacup variety is not a category, and standard Chis downsized for a cute and appealing look, weighing less than 4 lbs, fall in this group. The breeders indulge in creating this variety in pursuit of getting cuddly dogs. However, their small size puts them at risk of several health problems, eventually resulting in a shorter life span.  Check this list to know more about the Chihuahua crosses.

There are a lot of speculations and debate regarding the origination of the Chihuahua breed, and how it came to Mexico, becoming an integral part of that place. Out of all the theories, the most prominent one is that these dogs are said to derive their lineage from the large and heavy Techichi breed which were said to be the companions of the Toltec people of Mexico.

Many historians, however, give credit to the Aztecs for refining this breed by giving them a small and light body stature. Though the existence of these dogs was thought to perish post the Spanish took over the Aztecs in the 16th century, these hardy canines did survive in some of the remote villages surrounding their native lands, and by the middle half of the 19th century, many Americans began to take an interest in them.

The American Kennel Club recognized them in 1904 with the first registered Chi being Midget, owned by a Texas man named H. Raynor. However, the Chihuahua to win the first championship was Beppi owned by a New Jersey lady by the name of Mrs. L.A. McLean. Its popularity peaked in the 1940s and 50s when it became a prominent companion of Xavier Cugat, a famous musician of Spanish American origin who always had a Chihuahua in hand whenever he made a public appearance. In 1923, the Chihuahua Club of America developed and presently it ranks 13th among all of AKC registered breeds.

The Chihuahua is a loyal dog inclining a single member of the family, towards whom they would remain ever faithful and also possessive enough to protect him from any danger when the need arises.

It may be small in size but are incredibly fearless, also suffering from the Small Dog Syndrome, hence being on the lookout for attacking or barking at canines bigger than its size at times.

They can excel in the position of efficient guard and watchdogs as they are mostly yappy at the sight of a stranger.

Though most of them are affectionate towards children, the Chihuahua is not at all preferred choices for homes with young ones. They even would not be a good match for households having mischievous kids, as the combination of a stubborn dog and a naughty child could trigger any unpleasant occurrences. Only older kids who could treat and manage the Chi in a matured manner would be suited to dwell with this breed.

They are sometimes possessive as well as a little territorial and may not get along well with other canines unless well trained. If you have cats or smaller pets at home make sure that your Chi gets to see them since its puppy days and learns how to coexist in a friendly and peaceful manner.

The Chi prefers a den of its own, often being contended in seeking solace beneath your blanket, clothes pile or pillows.

Why do Chihuahuas shake

Chihuahuas are known for shaking and shivering to such an extent that a new owner could be highly concerned and take it for a medical issue. However, in most cases there is nothing to worry about since being the smallest of all dog breeds, they exhibit this kind of behavior when they feel cold mostly during the onset of fall and winters.

Shivering is an automatic reflex that gets triggered whenever they are cold, helping to increase the blood flow of the body and preventing them from falling prey to hypothermia (loss of body heat at a fast rate).

Apart from this, they could also end up shaking when they are in an anxious, excited or frightened state of mind. However, if your Chihuahua is shivering at an increased extent than it usually does, then it could be because of any allergic reactions, hypoglycemia or any other underlying medical conditions, needing a vet’s intervention at the earliest.

They are an active breed and would suffice with a moderate amount of exercise involving a short walk coupled with sufficient playtime either outdoors or even indoors. Since they are small in size, ensure that they do not overexert themselves as that could trigger a lot of health issues. Since the short-haired Chis, as well as the long-haired varieties, cannot withstand cold temperatures, avoid taking them out when it is chilling. Keep it warm by making it wear a sweater.

The grooming needs are different in the smooth and long haired variations. While smooth-coated ones would suffice with an occasional brushing using a brush having short bristles or rubber grooming mitt alongside frequent bathing, the long-haired Chis need to be combed once or two times in a week with a pin brush to keep it off any mats and tangles. Other grooming needs include cleaning its eyes and ears, brushing its teeth, and trimming its nails on a routine basis to keep all infections at bay. Chihuahuas are known to develop tear stains. Hence it is a mandate to wipe the area around their eyes well using a cotton ball for removing any discharge.

If they are shaking or shivering because of cold, apart from arranging warm clothes for them, you should also keep a heater at a considerable distance from its bed (never keep it on when you are not around). Put sufficient blankets in its bedding and also give it extra warmth by keeping it very close to your chest, especially when you are outside and have no provisions for other things.

Some of the common conditions that the Chihuahua is likely to suffer from are luxating patella, hypoglycemia, collapsed trachea, hydrocephalus (fluid accumulation in the brain leading to a large head mainly in the puppies), and heart ailments like pulmonic stenosis and heart murmurs.

The Chihuahuas are known for their stubborn and independent nature; hence they need an experienced taskmaster who could handle them firmly and tactfully.

As per the National Research Council of the National Academies, an active Chihuahua weighing 10 pounds requires approximately 404 calories a day. Dry dog food of a good quality sans additives and artificial colorings are ideal for them.