The Chigi is a crossbreed between the Chihuahua and the Pembroke Welsh Corgi. Like its parents, this dog makes a wonder pet with a very loving temperament, along with all the attributes that its parents have. It is a small sized dog that is loving, intelligent, affectionate, playful and marked by sobriety. This toy breed is one of those that can make a strong bond with its owner and his family. With its small to medium size coat, they are mostly found in copper to orangish hues. The chigi has erect ears, dark eyes and nose. They have a sturdy structure and a long tail. 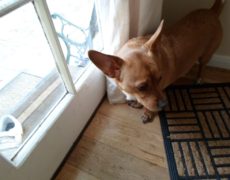 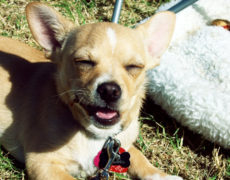 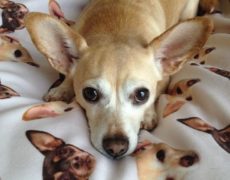 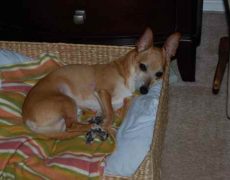 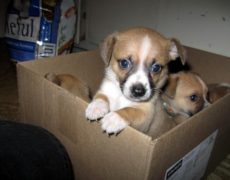 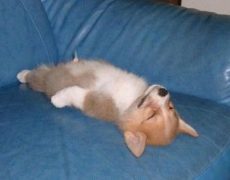 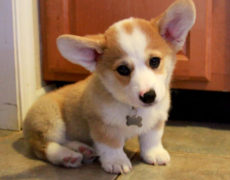 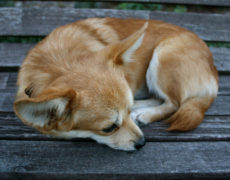 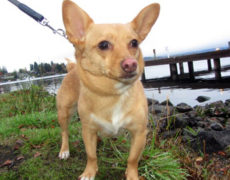 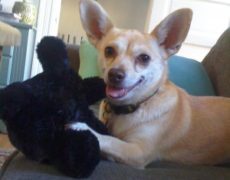 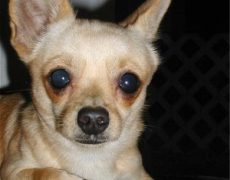 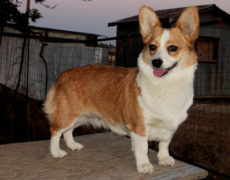 The chigi is one of the most modest and well-mannered dogs with the cuteness of the Chihuahua mixed with the herding instincts of its Corgi parent. They are friendly with people and would always be eager to please the owner and his family. Not just that, they are always comfortable with both strangers as also the kids. .

Care should be taken that they are not left for long hours with children, especially if your chigi has taken the side of its chihuahua parent (and are smaller in size), so as to avoid any possible accidents. The chigis also go well with all other pets in its family, including the dogs and the cats.

Chigis socialize well, especially if your socialization training is enough to keep this dog in a good mind. They do not really make a good watchdog, but they would not bark much, and are usually quiet, if not approached by strangers, or they do not come across anything suspicious. In that case, they would give alert calls only to alarm their family members of any impending danger.

This breed is a one-man dog and would make a strong bond with one member in particular in its family with whom they are close. In a nutshell, considering their demeanor, the chigis make great family and apartment dogs.

These are dogs with moderate activity levels. They are not in need of a robust schedule of exercise. As an apartment/family dog, the chigi would play all around the house, and that indeed serves the basic part of its daily need for exercise. But take them out for a leash walk and jogging at least once a day.

A trip to the dog park frequently would also be a good idea. This dog has a strong herding instinct inherited from its parent, and hence, this should also keep a good balance of their mind-set and keep it fit and happy.

You can also let them play in an open yard, if you have one. But be aware that the place is properly fenced and is safe for your dog to run and play around freely.

The chigi requires a moderate or average maintenance. But groom them regularly, at least once to twice a week, to keep their coat in a good shape.
Because chigis are cross breeds, they, just like other crossbred dogs, are not prone to any breed specific issues. However, care should be taken to keep them clean and hygienic so as to ward off possibilities of any general dog diseases, or those that are carried on by genes including allergy, dysplasia, ear, skin or dental health.

Socialize your dog when it is still a puppy, brought home from the breeders. Because they are always ready to please you, they shouldn’t take much time to learn. Get them acquainted to your pets, friends and family. Other general training, including potty training, obedience training are generally the same as most other breeds.

Give your puppy a balanced diet, mostly full of general nutrition like most other breeds of dog need. But do stick to quality, as also such foods that are meant for dogs of its size and energy-levels.