Belonging to the group of working dogs, this medium-sized breed is highly adept at herding livestock as well as tracking, treeing and chasing a game. Besides its blue coloration, which stands unique, it has a muscular body stature, long narrow head, expressive eyes and an elegant appearance. Though it has not attained recognition by major kennel clubs, its popularity is gradually increasing all over including Canada, United States, as well as Europe. 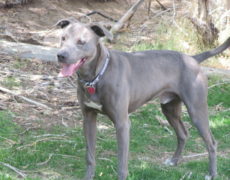 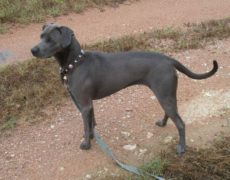 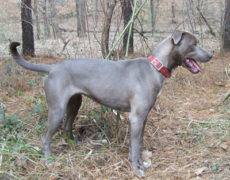 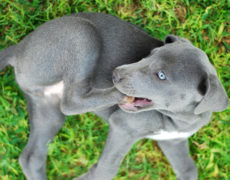 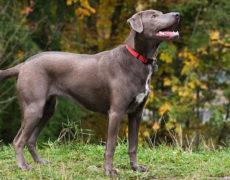 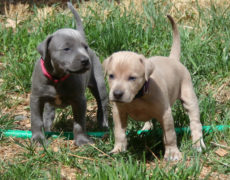 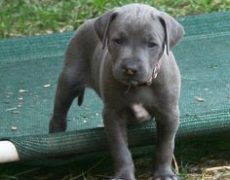 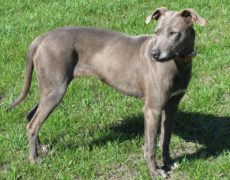 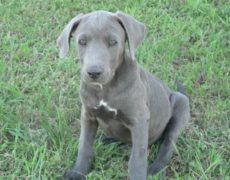 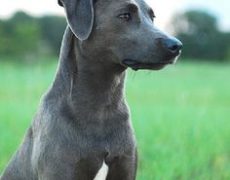 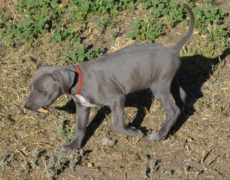 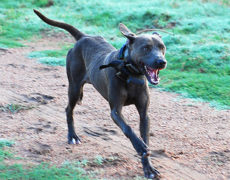 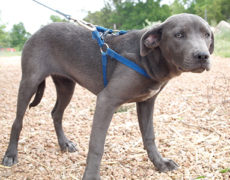 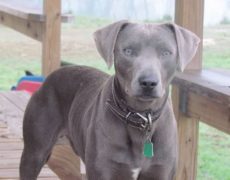 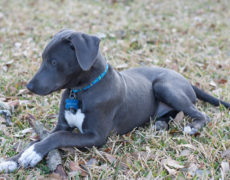 The Lacy brothers, George, Ewin, Frank and Harry who shifted to Texas from Kentucky in 1858, were credited with developing the breed by mixing the genes of English shepherd, greyhounds, scent hounds, wolf, and coyote. They employed the Blue Lacy to capture the hogs that roamed around freely. As the Lacy family’s ranching business underwent a decline and modern technologies came into being, their numbers reduced, nearing them towards extinction. However, their ability to charge at a wild hog, track a game by their trail or retrieving a wounded animal just by taking the cue of the blood drops saved it from complete decline, making it a preferred choice in the hunting industry. Since they are geniuses at tracking a rescue, the United State Trappers widely uses these dogs for rescue and hunting operation.

Indigenous to Texas, it was acknowledged as its official state breed in 2005.

The Blue Lacy remains unrecognized by major kennel clubs, though the ABLA (American Blue Lacy Association) has appealed to the AKC to include it in its Foundation Stock Service.

This breed comes in three distinct color variations, blue, red and tricolor. The Blue Lacy comes in shades of gray ranging from a silvery metal tinge to a dark charcoal shade. The ones in red have a coat that may be light cream or rust colored. The tricolored ones are blue in color with markings of red on their eyes, muzzle, tail and legs. Their bright, expressive eyes are orange or yellow. The red and tricolored dogs are also called Blue Lacy because of the blue gene inherent in them.

These versatile working dogs have an alert and intelligent disposition, showing lots of dedication in guarding livestock, how fussy or difficult may it be, as well as retrieving games quickly without any training or guidance. Handling a Blue Lacy is not at all a mammoth task, though they are sensitive to unkind behavior. Though they share a good rapport with children, the younger ones should be taught to interact with them in a decent way. Since they excel as good guard and watch dogs, the Blue Lacy would not be cordial enough with strangers at the first instant. Keeping their herding and chasing instincts in mind, it is advisable not to keep them in the same household with smaller animals.

These active and energetic dogs need their daily dose of exercise in the form of a long walk as well as sufficient play time when not employed on farms or ranches. They would be comfortable to live on farms and ranches rather than apartments or confined spaces as lack of physical activity makes them destructive.
As they have a short and smooth coat, these dogs need minimum grooming, sufficing when brushed every week for removing the dead hair. Bathe when required and maintain the basic hygiene measures like brushing its teeth, and trimming its nails.
Blue Lacy, a healthy and hardy breed is not known to suffer from severe health problems apart from food allergies and skin issues. They are also reported to be afflicted with a rare condition, color dilution alopecia, where its coat has patches.

These intelligent dogs are quick learners, adapting well to training. However, they might get stubborn or strong-willed at times, hence not being suitable for first-timers. They would need a firm trainer who would deal with them in a firm and tactful way.

These active dogs need a nutritious diet of a high-quality dry dog food along with sufficient amount of vitamins and protein.

One response to “Blue Lacy”