The Bichon Poo, a Bichon Poodle cross, is a designer dog that rose to popularity in Australia during the late 90s. These cute looking dogs are characterized with almond-shaped eyes, moderately long ears hanging around its head and a short, round muzzle similar to the Bichon Frise. Having a robust nature and pleasant disposition along with its non-shedding wooly coat, it is immensely suitable for families desiring a small, cuddly dog. 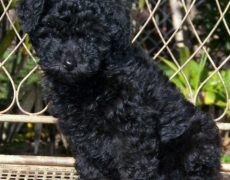 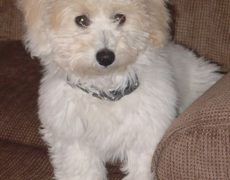 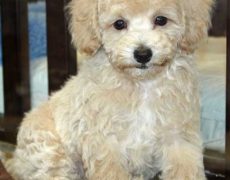 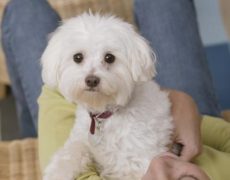 The difference between these variants lies in their size, when full-grown. While the former weighs about 6 to 12 pounds, the weight of the latter is 13 to 18 pounds. By height, they stand between 9 and 14 inches.

Respectively, both the cheerful, cuddly, loving personality and the playful, intelligent and charismatic characteristics of the Bichon Frise and the Poodle have been inherited by this Poodle Bichon mix. Often, the adult dogs are noisy seeing or hearing things unusual, although not meant for attack, but to notify someone’s presence, thus being an excellent watchdog.

The moderately active, very small bichon poo do not need vigorous exercise, but taking them to a regular walk and allowing them to play, especially being crazy about reflections in the mirror, is enough. But increase the session-time if your pet lives mostly indoors.
Although not much maintenance is necessary for their very little hair loss, but their hair being long and curly gets entangled easily, hence they need regular brushing to retain a smooth coat, just like a haircut is, if it is too long, but by experienced hands (approximately every 6 to 8 weeks). Bathe them if only needed, but do keep an eye for ear infections and brush their teeth few times weekly to avoid tooth decay.
As a cross, bichon poo does not have much health issues, except genetic disorders and common dog diseases like ear problems and infections, PRA, epilepsy, diabetes, cataracts, allergies and other skin disorders. To avoid this, find a popular breeder that provides the health history of the dog’s parents.

Inheriting the intelligence of the Poodle, the Bichon Poodle puppies would be difficult to housetrain. You should also impart socialization and obedience training to your pets without being harsh and intolerant. In order to make the learning process interesting and fulfilling, you can incorporate positive reinforcement tricks.

Do not feed your dog with chocolate, grapes, raisins or onions. Feed them with the correct proportions of high-quality protein, carbohydrates, vegetables and fats. They also need vitamins, calcium and other minerals in their diet chart. Eliminate harmful additives or preservatives. Homemade dog foods that are cooked can contain brown rice, chicken or other types of red meats and a variety of green, yellow and orange vegetables. If you want to include raw foods, give your bichon poo skinless chicken or other lean meats, green and orange vegetables and bones as a part of their meals. Dry dog food is also readily available in the market, but that has to be high-quality, meant for small-size, moderately active dogs.