The Alapaha blue blood bulldog is a large-statured breed developed in Southern America as a catch and guard dog to herd cattle and hogs if they went astray. Their exaggerated appearance comprising of a broad head, v-shaped droopy ears, prominent eyes, and a sturdy body give these loyal and friendly dogs a fearful look. 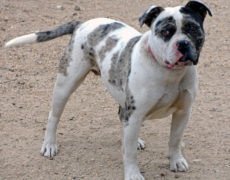 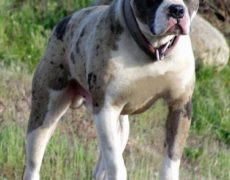 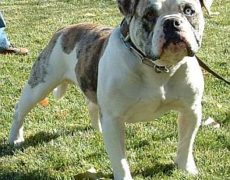 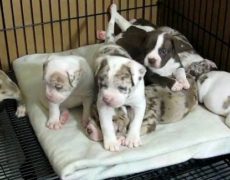 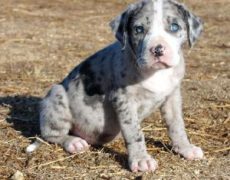 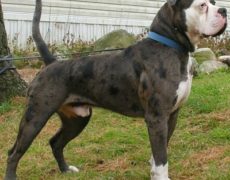 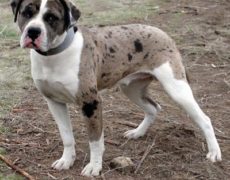 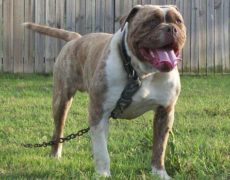 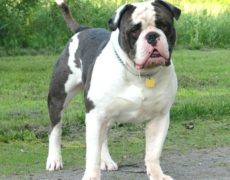 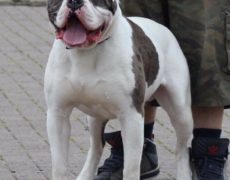 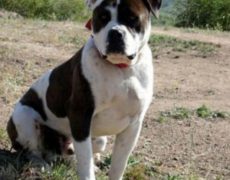 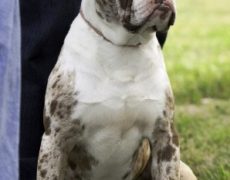 Deriving its name from the Alapaha River in Georgia, U.S., where it originated, this breed has a long and eventful history which is about 200 years old. These dogs were said to be a modernized version of the breeds indigenous to the Deep South region of the United States used as plantation dogs. Though they possessed several versions, the common factor in all of them was its muscular built, strength powerful jaws and versatile temperament as it would be ready to confront an intruder and at the same time obediently following their master.

However, post the American Civil War because of a changed lifestyle in people, the Alapaha Blue Blood Bulldog was almost on the verge of extinction but for the efforts of Buck Lane, a farmer, living the Rebecca region who tried reviving it again. In fact, he had a loyal and devoted guard dog named Otto which went on to become the representative of the second generation of this breed. After Lane’s death Lama Lou Lane, his granddaughter continued the initiative of breeding these dogs. In 1986, they attained recognition by the ARF (Animal Research Foundation). However, the AKC (American Kennel Club) has not yet recognized it.

They are loyal, obedient, dutiful and extremely protective of their family hence making for good companion dogs. In fact, they demand their master’s attention always, while staying alone for prolonged periods would make them upset and destructive. They also share a good rapport with the children of the family, emerging as their perfect playmate.

However, there is an entirely different side to their character. The possessive and alert nature of the Otto makes it an excellent watch and guard dogs that would fight to the last drop to save their master’s property. This attitude might, therefore, make them reserved and wary towards an unfamiliar face, getting them onto an aggressive and dangerous mood the moment they sense a threat.

They also have a territorial nature alongside chasing instincts which do not make them get along well with dogs or other pets unless brought up with them.

Though bred as working dogs, they have moderate exercise need, sufficing with a daily walk. They adjust well to an apartment life if their exercise needs are met. However, as they are not at all active indoors, an enclosed yard would be good enough for them to romp or chase around.
These dogs have low grooming requirements because of their short coat that needs to be brushed once or twice a week with a bristle brush. Bathe it only when needed as washing it often may damage the skin’s natural oils. Other hygiene measures include cleaning its ears regularly using wet cotton balls to ward off any infections, trimming its nails as well as brushing its teeth to keep dental problems at bay.
Though they are a healthy breed, some of the common problems that the Otto may suffer from include hip dysplasia, entropion (a condition of the eyes where the eyelids fold inward) as well as congenital deafness.

Because of their strong guarding instincts and high prey drive, the Alapaha Blue Blood Bulldog needs to go through proper training. Rather than first-timers, they would be apt for experienced owners who can handle these intelligent dogs in a firm, tactful and patient way.

Feed the Otto four to five cups of high-quality dog food (dry) on a daily basis alongside a healthy diet comprising of proper amounts of vitamin and minerals.

One striking news of its attack can be dated back to 2012 in Cincinnati when an Alpha blue blood bulldog was reported to attack his owner killing him. The dog was so severely out of control that the police had to shoot at it six times until it died to enter the house.